Playing in the Dirt

David’s blog told us about composting – such a useful pastime in the winter months. It keeps us active in the garden, provides us with a valuable asset come spring, and allows us to participate in the earth’s life cycles even while the garden lies dormant.
I don’t know about you, but I thought I’d like to read about soil. I loved playing in the dirt as a child, making mud pies, and planting seeds to see what they did. But I never thought about what soil actually is. David and I have lived in many places and, since we garden avidly, I have learned most emphatically that soil is different all over the world. Sandy, with an underlying layer of dense clay (aka caliche) in New Mexico; rich and loamy in a very thin layer over glacial till in Western Washington; and non-existent in Hawaii (Big Island lava has not had enough time to erode into soil).
And yet it is also the same everywhere you go. It’s made of rock; rock that wears away and becomes smaller and smaller particles of sand or silt or clay. Dead plants decompose and provide organic material that feeds billions of tiny animals, fungi, and bacteria. David’s definition is this: Soil is a living ecosystem of organisms in a medium composed of organic debris, mineral fragments, water, and air. Works for me.
I set out to learn more. I have to admit that soil scientists tend to get so enthusiastic, and have such a depth of knowledge of their subject, that my eyes glaze over. But, the notion that an entire complex civilization lies beneath my feet intrigues me.
I love miniature worlds. Maybe because I never had a doll-house as a kid. Maybe because I was a tom-boy and spent many happy hours constructing an entire village in the empty lot next door. I made tiny houses from sticks and mud, and carved roads around rocks on the banks of a steep slope that angled down to an alley. In my world, the alley was the mighty Mississippi and the town was Hannibal, MO (I was greatly enamored with Mark Twain at the time).  My town was inhabited by farmers, grocers, bakers, and bankers, and it prospered over many years.
Miniature worlds make sense to me. And the vast ecosystem that prospers in healthy soil fascinates. Soil is very much alive. And who lives in this habitat? To list them all would take the rest of my life, for there are literally billions of individuals belonging to countless species. Bacteria, fungi, actinomycetes, nematodes, protozoa, mites, sow bugs, millipedes, and earthworms, all thrive there. See what I mean – I have barely scratched the surface with that list. 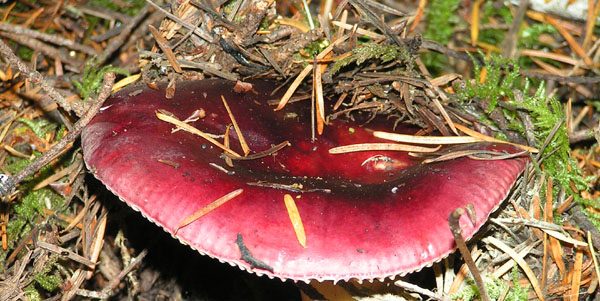 All are important members of a decomposer community that helps keep plants healthy by outcompeting destructive, pathogenic members of their tribe. This community also helps gather water and nutrients from the mineral elements of the soil. In just one example of this complex ecosystem, fungi form what is called “myco’ (which means fungus) “rhizal” (which means roots) partnerships with plants. In this “mycorhizal” association, fungi absorb sugar and other nutrients from the plants, and water and mineral nutrients from the soil and give them to the plant. A win-win situation.
This all seems like magic to me. Mysterious and elegant. The kind of world – evolving over billions of years – where I would want to live and work. Oh, I do live in this magical, beautiful world. How lucky am I? 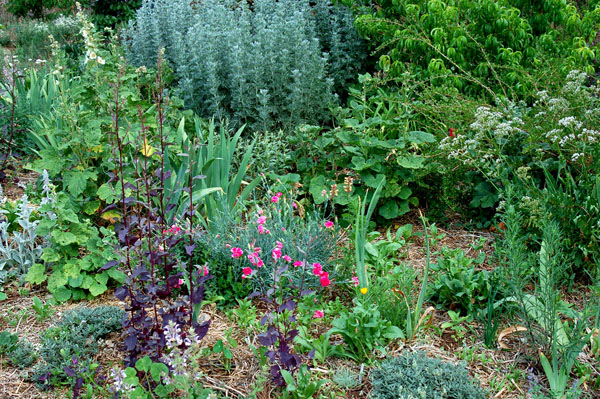