Bringing a tree into your home to celebrate the holidays is a tradition that comes to us from ancient times. For many centuries before the birth of Jesus, pagans celebrated the winter solstice by bringing boughs of evergreen trees into their homes and decorating them. In the 1850’s Christians in America began to adopt the practice amidst great controversy. But no matter what your religious philosophy, whether you’re celebrating Solstice, Christmas, Hanukkah, or Kwanzaa, bringing a tree into your home in the middle of winter is a pleasant thing to do. It symbolizes the return of the light and the promise of renewal in the spring, and that’s a good thing. 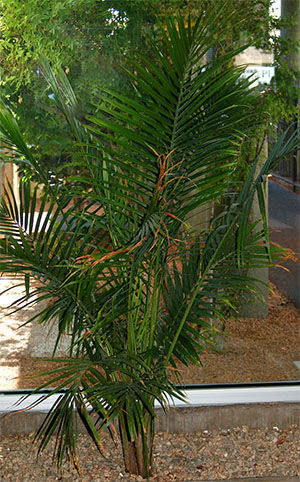 There are so many choices, how do you decide which kind of tree you want to bring into your home? Kathryn and I are oddballs in that respect because for many years we had a lovely old weeping fig tree (Ficus benjamina) in our living room. Through most of the year she was simply a houseplant. But on the winter solstice we transformed her by dressing her with lights, ornaments, and tinsel so she became a glorious holiday tree for a couple of weeks.

Any large houseplant, palms or dracaenas for example, can be used for a holiday tree. Many people use a potted Norfolk Island pine (Araucaria excelsa) in the same way. Still, cold-hardy conifers are the tree of choice for many, especially a live tree versus a cut one.

Choosing a live tree is an excellent idea because you can plant the tree in your yard after the holidays. A conifer is prepared with its root ball carefully wrapped in burlap, what the nursery will call balled and burlapped, or B&B. The root ball is muddy so set it into a tub or wrap it in plastic before you put it on the living room floor. Do not keep a live conifer in your home longer than two weeks. Our houses are too warm and a living coniferous tree will suffer. Right after the holidays take the tree outside into the cold. Bury the root ball in mulch like bark, or straw, to keep it healthy until the ground is thawed out enough for you to plant it.

I recommend the Douglas fir, Pseudotsuga menziesii, a popular choice in every region of the country and very widely grown on Christmas-tree farms. It is frequently sheared into perfect pyramidal shapes. Douglas fir has a sweet scent and holds onto its needles as a cut tree. It is also available as a living tree. Even though Douglas fir is called a fir, it isn’t really a true fir. Its cones hang down and have three-pronged bracts sticking out between the cone scales.

True firs (Abies) have cones that stand up straight and lack the odd three-pronged bracts. I highly recommend any of the true firs both as living and as cut trees. Some of the most popular Christmas trees in the country region by region are firs. The Fraser fir (Abies fraseri) is popular in the South, the balsam fir (Abies balsamea) in the Northeast, white fir (Abies concolor) in California, and noble fir (Abies procera) in the Pacific Northwest. All these firs are pleasantly scented, hold onto their needles well as cut trees, and have stout branches which tolerate heavy ornaments. Many of them are also available as live trees, balled and burlapped, to plant in your yard after the holidays.

Another highly recommended living holiday tree is the Colorado blue spruce (Picea pungens). The white spruce (Picea glauca) is less widely used than its blue cousin, possibly because it reportedly smells bad. Spruces are not the best choice as cut trees because they tend to drop their needles, but as balled and burlapped live trees they are very good choices and will retain their needles. Remember, you can’t keep it in your home longer than two weeks.

Pines, of course, are also good holiday trees, but not as frequently used as the ones mentioned above. These include the Scotch pine (Pinus sylvestris), the eastern white pine (Pinus strobus), and the Virginia pine (Pinus virginiana). These pines are generally less aromatic than Douglas fir or the true firs and appeal to those allergic to resinous scents. They hold their needles well but often have rather flexible branches that bend under the weight of ornaments. Many pines are available as cut trees and as living trees.

Another nice thing about using a living tree for the holidays is that, after you plant it out in the yard, you’ll have an outdoor tree to decorate. It will be available to you every year for many years to come.