All of the true bugs have piercing-sucking mouthparts like hypodermic needles. The bugs that damage our vegetable gardens are ones like stink bugs, squash bugs, harlequin bugs, and tarnished plant bugs. But there are also good bugs, beneficial predators, like minute pirate bugs, that use their needle-like mouth to stab other insects and suck the life out of them. Aside from the bugs you find in your garden there are also bugs like bed bugs and kissing bugs, ones that feed on us humans by sucking our blood. 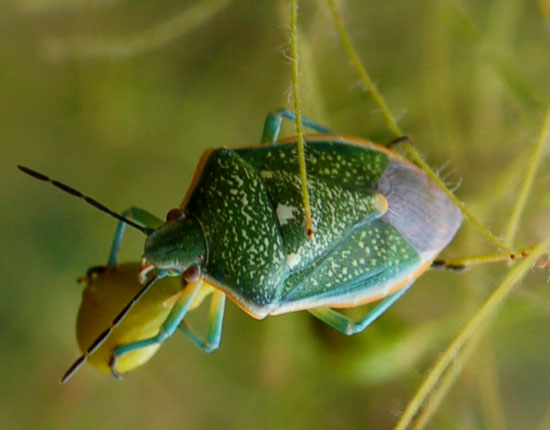 This green stink bug has its needle-like mouth parts inserted into a flower bud and is busy sucking nutrients out of the plant. You can clearly see that the hard forewings (green with yellow dots) only cover half the bug’s back. The membranous hindwings stick out from underneath the forewings and are easily visible to the naked eye. Stink bug feeding leaves Yellow spots of damaged tissue on developing fruits are the tell-tale clue that stink bugs leave behind. 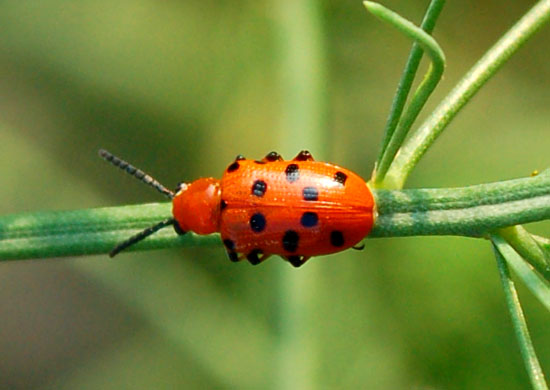 This insect is a spotted asparagus beetle, not a bug and not a lady beetle. Like all beetles, the hard, colorful forewings (red with black spots in this example) completely cover the abdomen and the membranous hindwings are not visible. Beetles have chewing mouthparts, unlike bugs. This pest lays eggs on asparagus plants, and its larvae eats the asparagus berries. 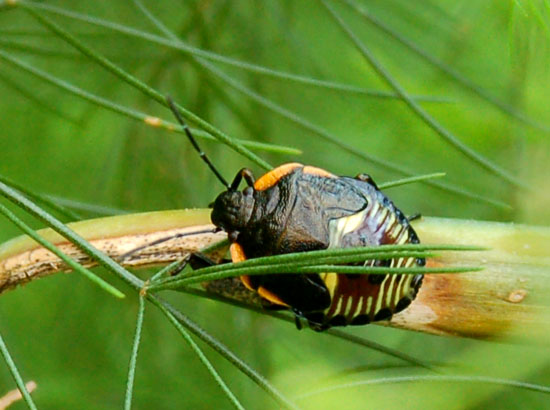 All of the true bugs have incomplete metamorphosis where their babies (nymphs) look like the adults but without wings. The bug nymph shown here on an asparagus plant has very rudimentary wings and strongly resembles the adult bug. When it reaches maturity it will have well developed wings like the green stink bug in the first photo shown above. 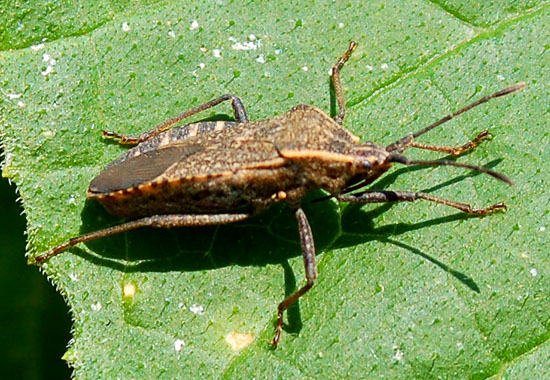 The squash bug feeds on squash plants and their relatives. It, like the stink bug, is a true bug. The adults and the babies (nymphs) stick their sharp little beaks into the leaves and suck out the nutritious sap. They can seriously damage your summer and winter squash, and pumpkins, but they will also feed to a lesser extent on any other member of the cucurbit family. The nymphs look a bit like gigantic gray aphids clustered on the undersides of the leaves. When they reach adulthood they have well developed wings and are swift flyers. 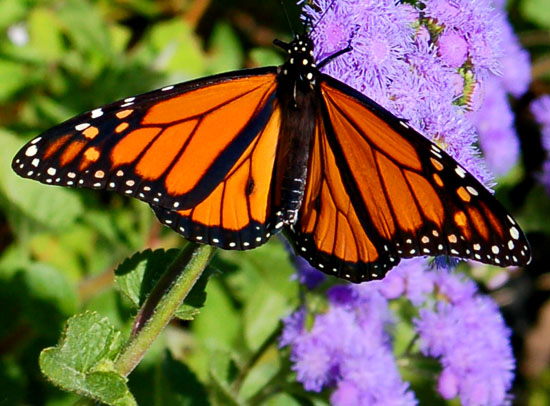 Effective organic controls for pesky true bugs in the vegetable garden include hand-picking where you grab them and dump them into a jar of soapy water. Insecticidal soap is also safe and easy to use. Just be sure that the bug you spray is actually a pest and not a beneficial insect because the soap will kill pests and beneficials alike. If you are plagued by bugs in your vegetable garden this year, think about putting up some row covers next year to exclude the bugs completely.

Be careful and think twice before using any chemicals to control insects in your vegetable garden. Remember, you’re growing food that you intend to eat. Never spray your food with poison.